Argentinian brewer Salta made a bit of a splash with its new ad campaign targeted at its core market. To promote their popularity among rugby fans in the country, Salta came up with an advertisement that promised dental implants that could be used as bottle openers.

Although this is a clever campaign, it’s important to know that this is not a good thing to do with dental implants. 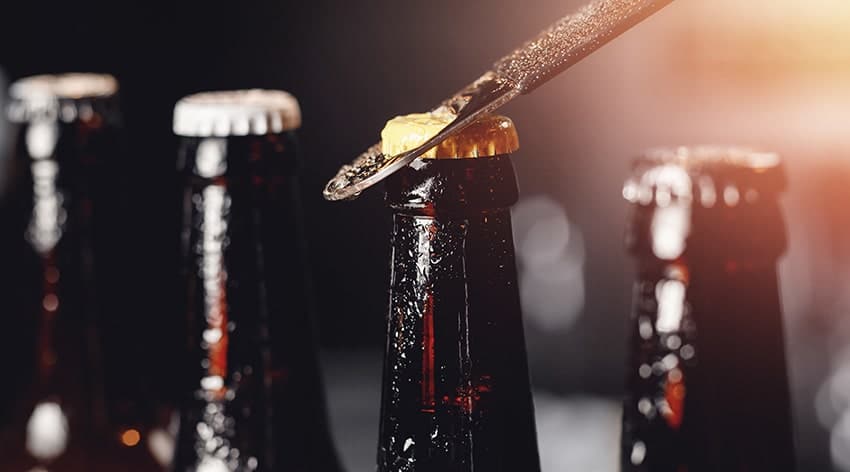 The central emotion at the heart of this commercial is machismo. Teeth lost on the rugby field are badges of honor, and the commercial highlights this. It points out that many rugby injuries heal, but lost teeth are forever.

The commercial features three real rugby players–who really lost teeth–and begins with them describing the circumstances where they lost their teeth. Rugby is a sport where mouthguards aren’t required. Since they aren’t required, mouthguards aren’t used, which players feel adds to the machismo of the sport. But it also adds to the number of lost teeth related to the sport.

Then the commercial shows an oral surgery where the implant is placed. This is not something that would normally be included in a TV commercial because it’s too graphic–we don’t talk about it too much in our blogs or in our office, even. But this is part of the point, too. Macho men, those who want to lose teeth on the pitch and want to be able to brag about it are the ones Salta is targeting, and these men get a kick out of watching this kind of procedure without wussing out.

Then the commercial shows the rugby players reaching the height of machismo by opening their beers with their new bottle opener teeth.

Of course, this is something inadvisable that many rugby players (and other macho men) are already doing with their natural teeth. But it’s also not a good idea to do with dental implants.

One of the problems people have with dental implants is that they imagine the implant will never break. True, it’s made of titanium, and the crown is made of advanced ceramics (or a bottle opener), but that doesn’t mean it’s well suited for opening bottles. Dental implants get surrounded by bone, and with repeated wear, the bone around the implant can be damaged or may be removed by the body. This results in failure of the dental implant.

Remember, although dental implants are advanced restorations, they’re still set in your natural jawbone, and that jawbone is still vulnerable to gum disease and adverse forces, such as the torque required to repeatedly open bottles.

If you have questions about how to care for and properly use dental implants, please call (760) 832-7915 for an appointment with a Rancho Mirage implant dentist at Country Club Dentistry today.