Sedation Dentistry’s Origins: The Genius and Madness of Horace Wells

In the absence of modern root canal techniques, the Egyptians knew that pulling teeth was necessary to end pain and prevent the spread of infection. They also knew that the pain of the procedure was great, and they tried to deaden it with opium. The ancients also experimented with hemlock as a pain reliever, as well as using an acidic compound to dissolve the fastening around the tooth until it could be removed with the fingers.

But the modern era of dental anesthetic and sedation dentistry begins in the mid-nineteenth century, as dentistry was becoming more professional, with an evening’s entertainment.

From Traveling Circus to Dental Breakthrough

One night Horace Wells, a dentist practicing in Hartford, Connecticut went to see a show put on by a traveling lecturer. The lecturer explained the effects of nitrous oxide gas, then put several audience members under the influence of the gas and let them jump wildly around for the amusement of all. Wells was sitting next to one of the volunteers, who returned to his seat with a large wound on one of his legs, but, because of the influence of the gas, he felt nothing. Wells immediately decided that this gas could be used as an anesthetic, and decided to volunteer for the experiment himself.

The next day, Wells had one of his teeth extracted while under the influence of gas, and felt nothing. He immediately began offering the procedure to other patients, and sought to get the technique recognized by the dental community.

A Failed Demonstration and Disgrace

Using the connection of a former student, Dr. WTG Morton, Wells secured a demonstration for dental anesthesia at the Boston Medical Society. However, he failed to use the anesthetic properly, and the first volunteer felt considerable pain during his tooth extraction. No second volunteer came forward (understandably), and Wells was booed out of the demonstration hall.

Wells left dentistry, but he continued to experiment with anesthesia. His student, Dr. Morton, later claimed credit for inventing dental anesthesia when he used ether to eliminate pain in patients.

Fighting for the Prize

Wells and Morton continued to fight over dental anesthesia. Wells argued that nitrous oxide was just as effective and safer. The question became more than just academic when the US government, after hearing of the horrors of battlefield surgery during the Civil War, offered a $100,000 (later $200,000) prize to the inventor of anesthetic.

Morton applied for the prize and even encouraged Congress to up the amount, but several other claimants came forward, including Wells. In fact, the fighting over credit for the invention became so bitter that Congress eventually withdrew the prize.

When his claim was rejected, Wells moved to New York to experiment further with anesthesia. He began experimenting with chloroform. Since he wasn’t a dentist any longer, he could only experiment on himself, and he soon became addicted to the substance. After having taken a dose one day, he threw a bottle of sulfuric acid on some prostitutes on the street. Wells was almost lynched on the street, but he was saved and put on trial. After being sentenced to jail, he committed suicide by slicing open his femoral artery (under the influence of chloroform).

Anti-Anxiety Treatments: a Long Way from Their Origins

Today, sedation dentistry is an advanced science, and a far cry from the mad experiments that characterized its early history. The medications we use have long been tested for their efficacy and safety, so that almost anyone who needs relief from dental anxiety is a candidate for the procedure.

If you suffer from dental anxiety and want to overcome it so you can get the dental procedures you want or need, please contact Dr. Strober in Rancho Mirage. 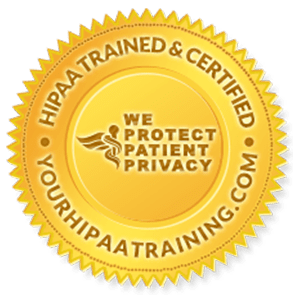