Last year’s fatal train derailing in the Bronx has been blamed on undiagnosed sleep apnea which caused the engineer to fall asleep at the controls. What’s most tragic about this accident is that there was every indication that the engineer had sleep apnea, and that treatment would have prevented the accident, saving the lives of four people, and more than $9 million in property damage. The engineer had talked to his doctor about his daytime sleepiness and fatigue, but was diagnosed with low testosterone rather than sleep apnea.

It’s likely that this is a common misdiagnosis, and it’s very dangerous, because testosterone therapy can actually make sleep apnea worse. 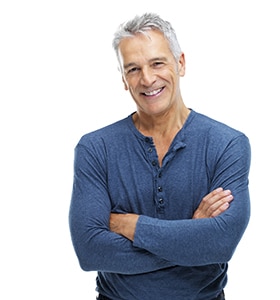 The first five symptoms, the one’s you’re most likely to notice and talk to your doctor about are also symptoms of sleep apnea. If you also suffer from snoring, it’s almost guaranteed that you suffer from sleep apnea.

When your doctor misdiagnoses you with low testosterone, there are two potentially deadly effects. First, you don’t begin sleep apnea treatment. Untreated sleep apnea increases your risk of heart disease, stroke, diabetes, and more. It also puts you at an elevated risk for serious, even deadly car accidents. You know that on San Diego’s freeways, you have to be alert because you never know what some crazy driver is going to do.

But you also might begin testerone treatment. And when you do that, you can experience a worsening of sleep apnea. The result is that you may be at even more risk than you were before.

Get a Second Opinion

To learn how you can get tested for sleep apnea in Rancho Mirage, please call  for an appointment with a sleep dentist at Country Club Dentistry today.